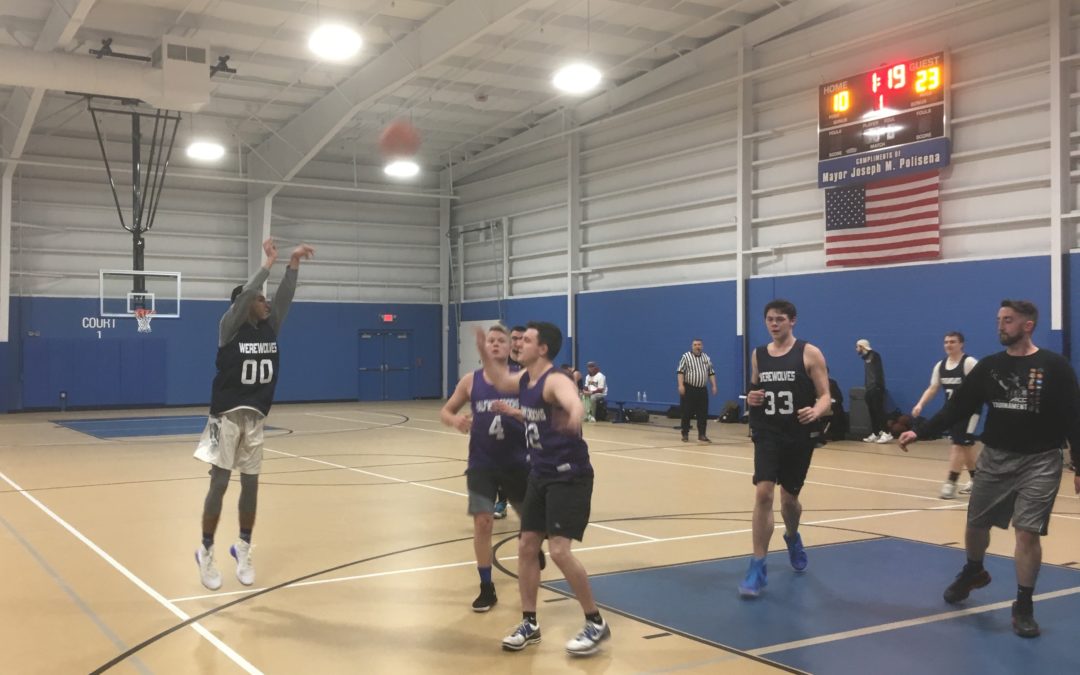 In a game of runs, the Werewolves last run was the most crucial one to gain their first win of the season. They closed the game out well in overtime to secure their first win over Halfway Crooks, dating back to last season. Something they did well in this game that is uncharacteristic of them is hit free throws in a late-game situation to get them the 75-70 win.

“Last season we struggled a lot with free throws,” the Werewolves’ Gino Forte said. “I think it was a little bit better today.”

Brian Heston led all scorers with 32 points to go along with 12 boards, notching a double-double. The reigning Defensive Player of the Year also added in four blocks, a few which came down the stretch. Heston is second in the league in scoring with 23.5 PPG.

Gino Forte followed up with 21 points of his own while starting off the game on fire. The duo of Forte and Heston was pivotal to the Werewolves success last season and it seems to be the same story for this season. When the two of them play well in the same game, the Werewolves are a tough team to beat.

Jared Hanson had 31 points in a losing effort, while Joey Zocco had 15 points, all of which came on 3-pointers. Hanson is right behind Heston, in third, in scoring with 22.0 PPG. Dylan Lincoln had a double-double with 10 points and 10 rebounds, but he struggled from the field shooting 4-of-16. It’s definitely a game that he will want to forget as they face a familiar foe in Boom-Shakalaka next week.

If it weren’t for a shooting foul on Brian Heston and Jared Hanson hitting all three of the ensuing free throws, this game would’ve been over in regulation. In overtime though, the Werewolves made less mistakes and Heston’s three-pointer to open the overtime set the tone for the two-minute period.

The turnovers almost came back to haunt the Werewolves as they had eight more turnovers than Halfway Crooks. In turn, the Werewolves won the rebounding battle 38-31 and that served to be key, especially in late-game situations.

Next week, the Werewolves take on an Average Joe’s team that is still looking for their first victory. Although the Werewolves got the win against Halfway Crooks, Forte still wasn’t completely happy with the way his team played.