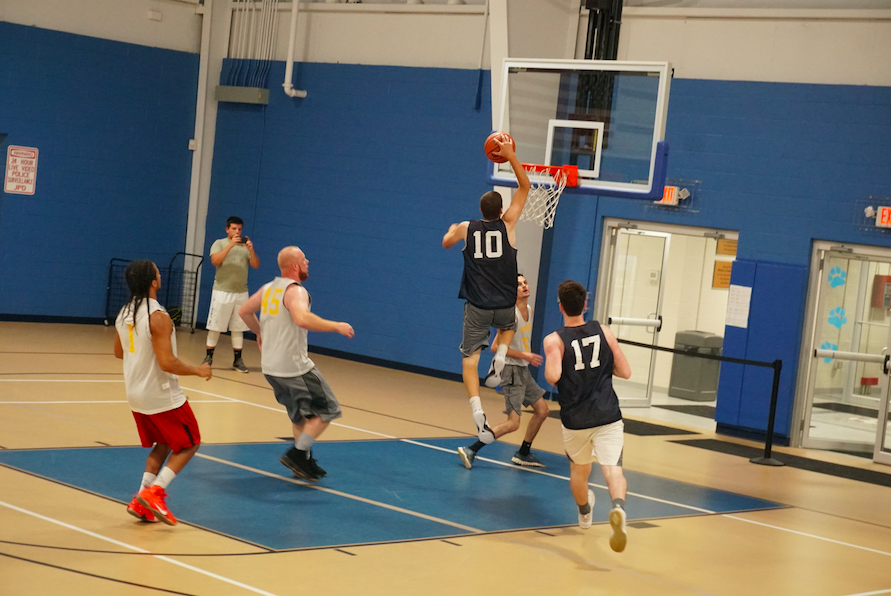 It wasn’t pretty, it sure wasn’t perfect, but the Werewolves were able to power through for a 43-33 victory Tuesday night over The Bucket Chasers.

The offenses never really got going for either teams, as both squads shot a combined 30.2 percent from the field. The Werewolves won the battle of two evils, shooting slightly better, or less worse, than The Bucket Chasers. The woes continued to the free-throw line as well, where both teams missed 17 freebies on the night.

Some would call it a defensive battle, however, The Bucket Chasers did little to stop Brian Heston early on. He finished with a game-high 17 points on 7-of-12 shooting, with eight rebounds and three steals. Heston cooled down late in the fourth, with the Bucket Chasers knocking at the door and the offenses stagnant, but Gino Forte stepped up.

He hit two big threes in the final quarter to seal the deal, and last triple put the Werewolves up by 10, closing the coffin on the game. Forte had 13 points on what was a poor night, but his performance in the clutch made up for the early struggles.

After the game, Forte dedicated his efforts to a friend who had recently passed in an ATV accident.

On the other bench, The Bucket Chasers failed to step up to the plate on the offensive side of the ball. Stephen Manfredo led the way with ten points, and usual stars Sergio Dalomba and Henrique Goncalves were nowhere to be found. The pair of guards combined for 13 points on 5-of-28 shooting, and the rest of the team chipped in 10 points combined.

While they are a defensively-strong team, the combination of a slow offensive night and streaks of excellence from Forte and Heston was tough to overcome. Thursday, The Bucket Chasers look to improve to 3-4 against Lob City, who improved to 6-0 tonight.

The Werewolves look forward to The Halfway Crooks for the sixth overall meeting between the two, and they welcome Shaine Patrick to the lineup to help in the paint. A win would move The Werewolves to 5-2 and into a tie for third place with the loser of Boom-Shakalaka and The Swish Kabobs.