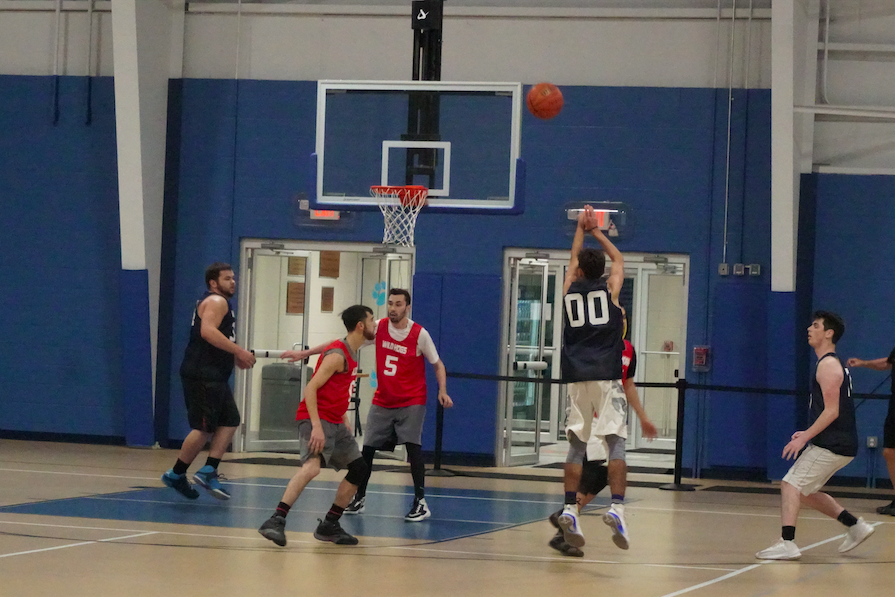 The Werewolves dominated the Wild Hogs on opening night, sealing a 69-43 win and a 1-0 record for the second season in a row. Last year, this matchup came down to the final buzzer, with Brad Allen sinking a floater to break a 59-59 tie in the final seconds. This time, the Werewolves took advantage of Joey Coro’s absence and controlled the paint.

On both sides of the ball the Wild Hogs seemed over-matched, shooting 27.3 percent from the field while turning the ball over 15 times and losing the rebound battle. The three guards, Mike Bandieri, Sonny Guelce, and Marc Betancourt had a rough night with the opposing front court, giving the ball away a combined 14 times.

For the Werewolves, the All-Star combo of Gino Forte and Brian Heston combined for 34 points, and Heston finished with eight rebounds and five steals along with his 17 points. Matt Borden was impressive and efficient, scoring well in the paint and finishing with 16 points on 7-9 shooting. Brad Allen dominated the glass with 11 rebounds and eight points to go along with it.

Head Coach Nick Kostakos, the former Werewolves player, was impressed with his team, noting improvements after their early victory.

“We’re conditioned better than we were last season,” Kostakos said. “We hit our shots, we’re moving without the ball. Offseason training really helped.”

The Wild Hogs were out rebounded 35-22 without Joey Coro, whose absence was clearly felt on both sides of the ball. Coro handled most of the scoring for the Wild Hogs last season and was a force on both the offensive and defensive glass. Until he returns to the court, the Wild Hogs will need more offensive production, as Bandieri and Guelce were the only two scorers in double- figures Tuesday night.

Coach Kostakos mentioned the rebound margin after the game, saying that his team had boxed out much better than they had last season. He shouted out Forte’s performance as well, especially his shot making.

Next week, the Werewolves take on defending champions Lob City, formerly the Green Squad, and the Wild Hogs will look to pull out their first victory over the Bucket Chasers, who lost to Lob City last night by a large margin.

While Week 2 may look bleak for the Werewolves, the season is long and the team looks and feels better than last year.

“I don’t want to say anything,” Coach Kostakos said. “But the ceiling’s high. Look out for the Werewolves.”