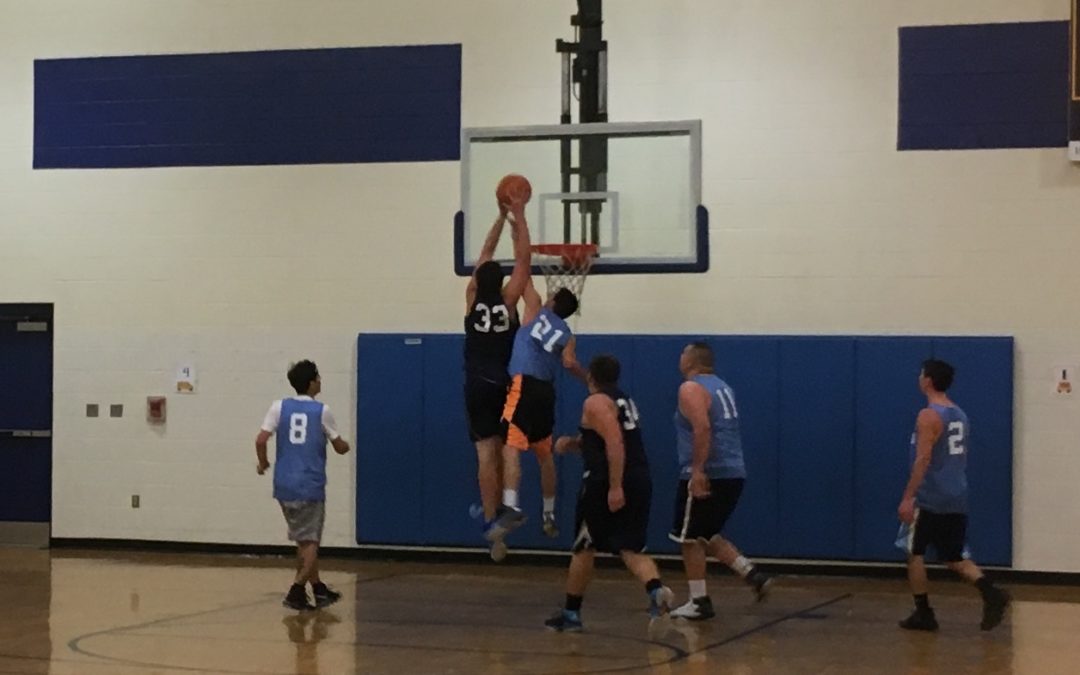 The Werewolves came out looking to make a statement Wednesday night after being throttled last week by The Alliance. The Skyhookers only had four players show up, so slowing the pace was their main priority. Ultimately, the Werewolves proved to be too much, earning their third victory, 74-60 .

One major key to Wednesday’s victory was the defense Brian Heston played on Brendan O’Donnell. It was obvious O’Donnell was being focused on all game. The Werewolves were always aware of his presence on the court, and made sure he worked for every bucket. Seeing the Skyhookers only had four players, they especially tried to wear O’Donnell down.

“(We tried to) make the other guys make plays,” Heston said. “Basically get the ball out of (O’Donnell’s) hands, and we (knew we’d) be all set on defense.”

O’Donnell recognized the gameplan against him early, and did a good job moving the ball around, trying to free up some of his teammates to keep them in the game. O’Donnell led his team in scoring once again, dropping 28 points, but the Werewolves held O’Donnell to 34 percent shooting (11-32).

The Werewolves also did a good job getting everyone involved, having all but one player score. They were led by a familiar face, Brian Heston, with 33 points while only missing five shots. Gino Forte also chipped in 15 points, even though he struggled to find the range, shooting 5-of-16.

O’Donnell and the Skyhookers next week face off against The Alliance for their final game of the season. This will be their ultimate test, as it has been for every team who attempts to stop the wrath of The Alliance.

The Werewolves will attempt to close out the season with a win, and even possibly surpass the Halfway crooks in the standings.

“I think we have to play with the same mentality as the past two weeks: score more points,” Heston said. “When we played the halfway crooks the first time we only scored like 50 points which is unacceptable. In this league you need to put up 60 or 70 points, so (we have to) keep pushing the pace and as a team just get buckets.”