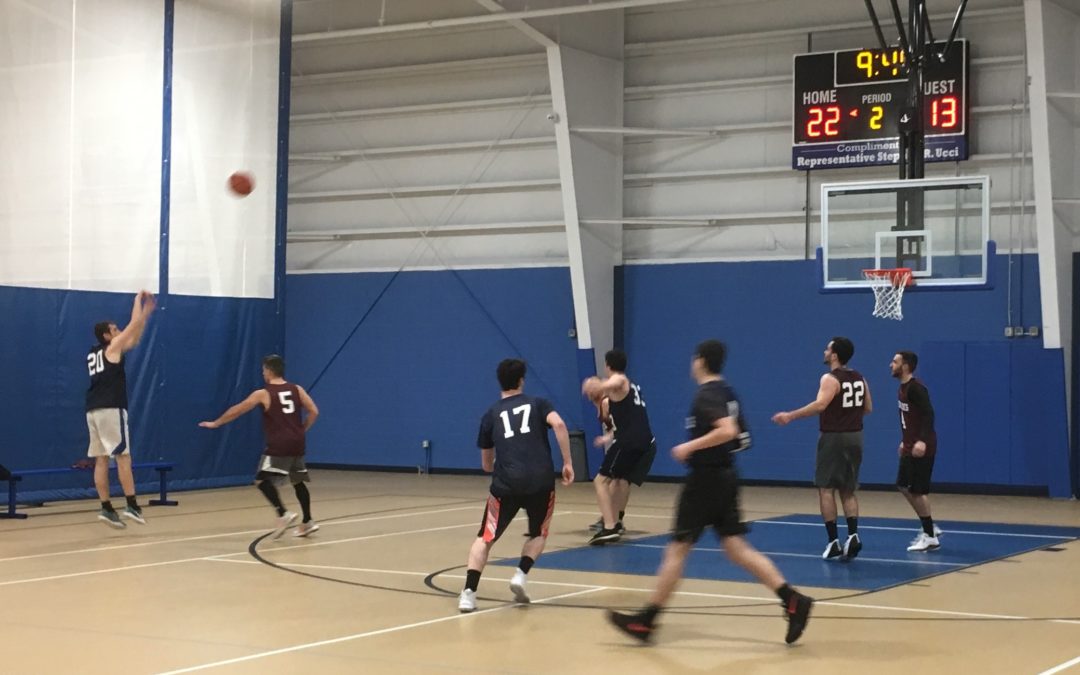 Led by Brian Heston and Brad Allen, The Werewolves came out quickly against the Average Joe’s, gaining a double-digit halftime lead before eventually winning, 73-50.

Allen was able to control the glass on both ends, finishing with 15 points and 15 rebounds while Heston 24 points and 10 rebounds went alone with three blocks. Matt Scavitti led the way for the Joe’s, as he finished with 18 points and was able to knock down three shots from beyond the arc.

Heston came out in attack mode right from the opening tip and was able to give his team a nine-point lead at the end of the first.

“Shooting was good in the first half, second half we kind of dropped off, but I think we just stuck to our game plan, played our way and it worked out for us,” he said.

But he knows his team has some things to work on ahead of their matchup with the Wild Hogs.

“Sometimes we get a little sloppy … so as long as we stay under control we’ll be fine,” Heston said.

Gino Forte had a rough night shooting, so  Allen couldn’t have picked a bigger night to step up. He was snatching every board in sight. He even had more offensive rebounds (8) then defensive rebounds (7). Conor Harrington also chipped in 14 points on a very efficient 63 percent shooting.

The Werewolves will look to carry this momentum into their next matchup with the Wild Hogs and the Average Joe’s will look to get on track against Prestige Worldwide.