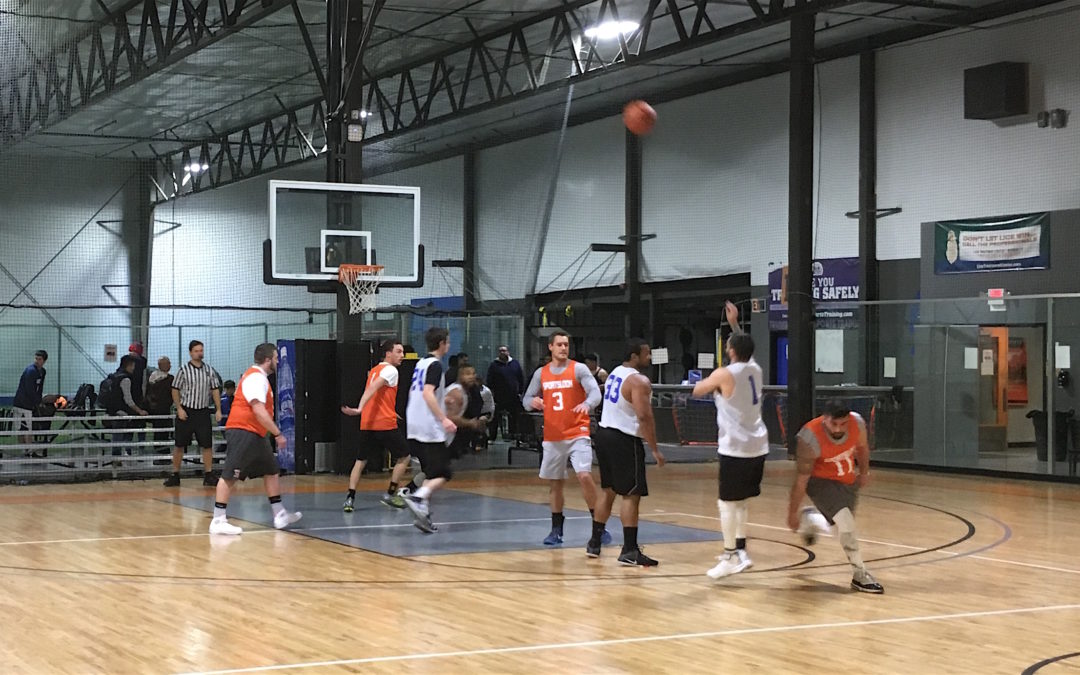 With both White Magic and Sportslook entering the contest having only won one game thus far in the season, this was a game for the taking. Following a sloppy first half and a dominant performance in the third quarter, White Magic ran away with the 56-49 victory.

“It’s a statement game” White Magic’s James Davis said. “At the end of the day, everybody doubted us from the beginning, saying we’re the worst team in the league. Now we’re on a two-game winning streak. The defense speaks for itself. We’re going to keep this going straight into the playoffs.”

White Magic came into week 6 against Light It Up with zero wins and have now won back-to-back, giving them some crucial momentum as the playoffs are right around the corner. With two games left to go, they are hoping to finish strong.

“Both [Cereal Killers & Renegades] are really tough teams, but if we played together like we did today we could beat anybody,” White Magic’s Justin Silva said.

Prior to the start of the game, Sportslook announced they would be missing Tyrell Holmes, a crucial blow since they would already be missing Nick Bacarella and Steve Niggebrugge. While they didn’t necessarily need the trio in the first half, as they lead 31-21, Sportlook really could have utilized them as the team looked fatigued throughout the entire second half.

Sportslook was held without a field goal for the first eight minutes coming out in the second half. In response, White Magic took advantage of the scoring draught and would outscore their opponent 15-3 in the third quarter. Silva and Steve Buczeck carried their unpredictable team throughout the game, combining for 33 points.

“Everybody contributed big today,” Davis said. “Big points from Steve [Buczeck] consistently every week. Justin [Silva] stepped up big in the clutch and we also had Mark [Ballard] who stepped up. It was a great game all in all we just came out in the end.”