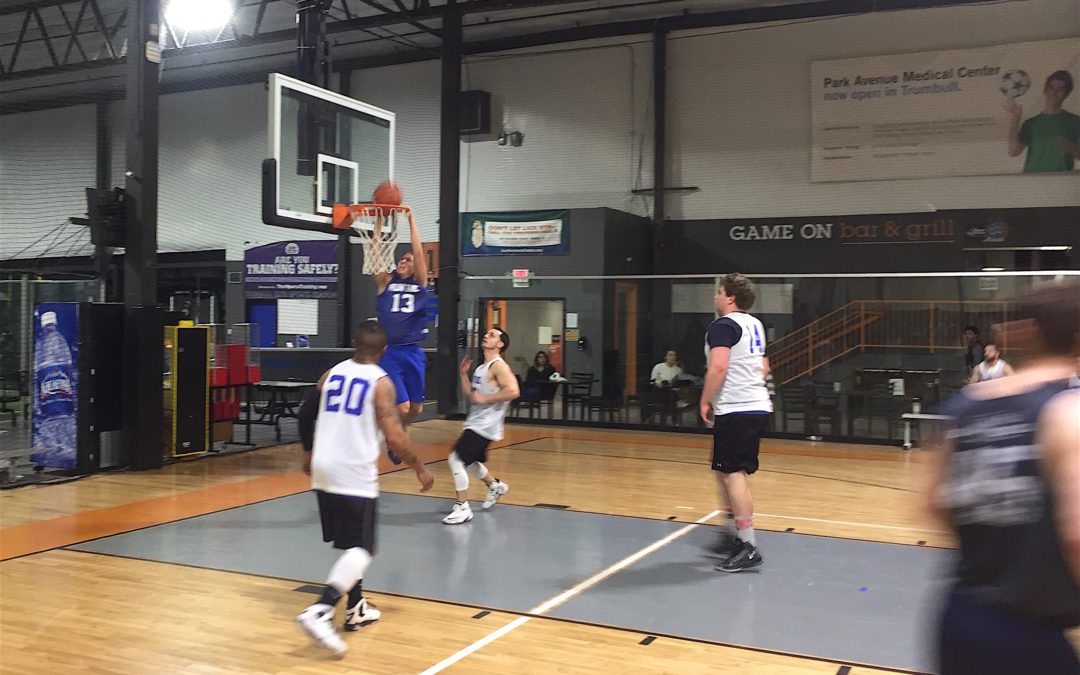 In an anticipated victory, Run TMC came out on top in their game against White Magic by the score of 70 to 49. Run TMC earned their third win of the season making them 3-1, while White Magic hoped some sort of spell or potion could help them find their first win as they fell to 0-5.

Will Hudson of Run TMC showed up in full force today, leading his team offensively with 26 points. Kevin Blake followed up with 18 points, shooting seven for seven from the field adding a huge spark.

Run TMC played a fast paced, inside game, with only eight three-point attempts. They were able to score 56 of their points from simple lay ups, dunks, and field goals.

“We could’ve played a lot better. We just, we were sloppy, but we were playing a weaker team,” Run TMC’s Will Hudson said.

He claimed that this was a sloppy game and they should’ve beaten them by more.

“Turnovers, getting on fast breaks, our usual basketball. Usually we get up, we score 80 points per game, we should’ve scored at least 100 on them,” Hudson said.

White Magic played extremely sloppily and once again was unable to make simple shots which would always make a huge difference in the game. They shot 35 percent from the field as a team and continued to look incapable of putting the basketball in the hoop.

Run TMC will face No Limit in week 6, which will not be an easy game by any means. If Hudson and Run TMC limit turnovers, continue their rebounding, and play their usual game then they could look to play the spoiler role over the top dogs.