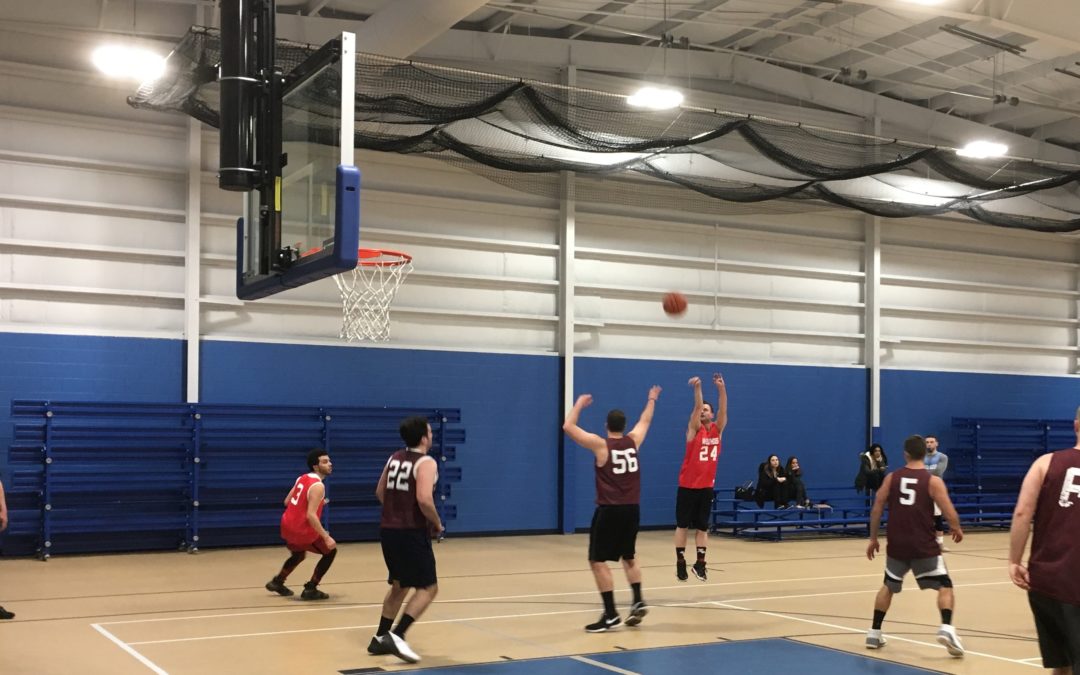 The Wild Hogs used a big fourth quarter to prevail over the Average Joe’s in Week 8, 42-33. This was a close game throughout, but the Wild Hogs stifling defense helped close the game out.

“It is just a team effort,” the Wild Hogs’ Mike Bandieri said after the victory. “We wanted this one.”

Bandieri led the team in scoring with 15 points on 5-of-15 shooting. He also was a pest on defense with six steals and was all over the court. Joey Coro was the only other player in double-figures for the Wild Hogs with 12 points and 13 boards.

For the Average Joe’s, Matt Scavitti was the only player in double figures. He had 14 points on 5-of-17 shooting. The Average Joe’s won the rebounding battle, 42-34, and were more dominant on the inside. They weren’t able to capitalize on the extra size down low to get the victory.

The perimeter defense of the Wild Hogs helped stop Scavitti and created a lot of turnovers, which in turn got them easier buckets on the other end. They did struggle in stopping the big bodies of Average Joe’s, but limited them enough to pull out the victory.

The 4th quarter was the deciding factor in this game. The Average Joe’s were down by four entering the fourth quarter, but only scored three points in the fourth. The Wild Hogs were able to stop them, while the Average Joe’s had some careless turnovers and missed some easy buckets. The Wild Hogs only scored eight in the quarter, but didn’t need to score much since they only allowed three points.

The Average Joe’s are still searching for their first victory, while they look to face a tough Prestige Worldwide team. The Wild Hogs are looking to carry this win into next week where they face the Swish Kabobs in a former intern battle between Bandieri and Tyler Barbosa.

“We kept it clean, we made our shots, ” said the Wild Hogs’ Joey Coro.

“Everyone stepped up,” said Bandieri.