Win or go home: defensive dominance the difference in the playoffs 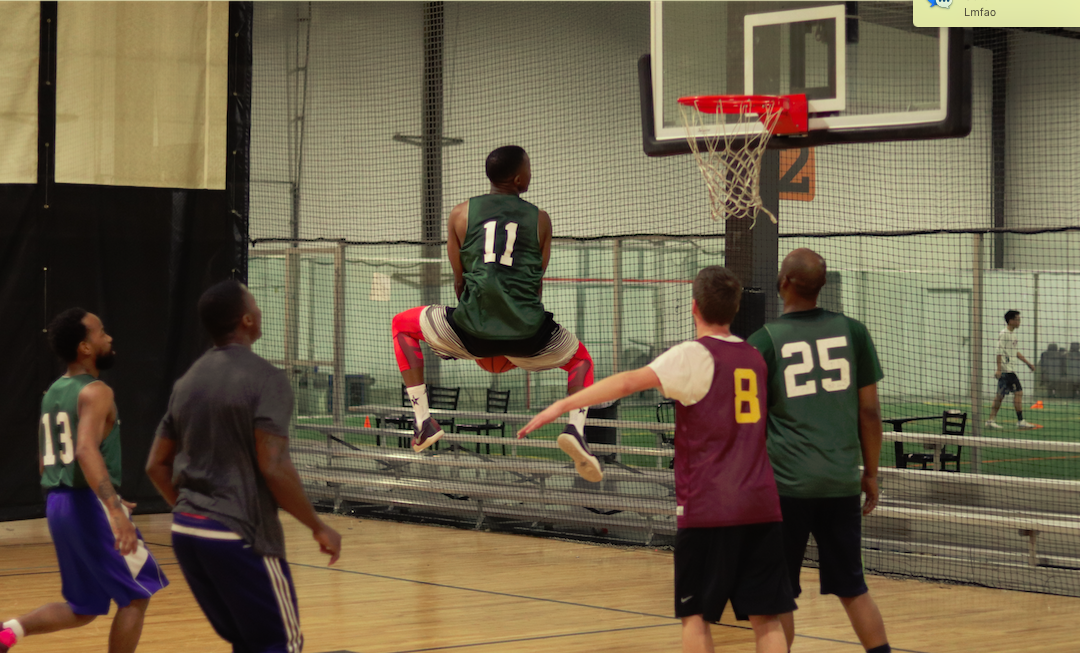 With tension thick enough to cut with a steak knife, it could only mean one thing; it is time for the Winter 2018 Legacy Leagues Semifinals. Each team has fought hard the entire season to prove their dominance, but the playoffs are a different atmosphere.

The Blue Devils, who shared a First Round bye with No Limit, experienced some resistance when they were thrust back into action in the Quarterfinals. The Blue Devils, who dominated for most of the season, found themselves down to end the first half against The Flint Tropics.

The Flint Tropics were a team all season who played with the proverbial chip on their shoulder. They ran through their First Round opponent with ease (sorry Commish) even with some key players resting.

Unfortunately, in the Quarterfinals they faced a player who already knows what it takes to win it all. If his soul piercing look during the half did not say enough, Michael Davis’ 26-point performance spoke volumes as he propelled the Blue Devils to the narrow victory.

Shaking off the rust from the bye week seemed to be the theme for both top-seeded teams as even undefeated No Limit stumbled out of the starting gates. No Limit, who won their games by an average of 27 points, found themselves down two points to a gritty Goon Squad team. For most the season I talked about the limited ball movement of Goon Squad, but toward the end of the season and into the playoffs more players were getting more touches.

Once Scott Corchard took over the primary ball-handling duties and Dom Migliaro was able to find his rhythm, the team’s true dominance was able to illuminate. The box score from their First Round upset against the defending champion Monstars is evidence of what this team can do when more players get involved. However, they were just under-matched when it came to No Limit’s depth and smothering defense.

No Limit, like in most weeks had multiple players in double digits and forced 14 turnovers to clinch the victory and keep rolling. Tarell Vargas and No Limit will have to bring all they have next week against a player and team who has really turned up their level of play.

Everyone associated with The Legacy Leagues knows what Carmine Santorelli brings to a basketball court. His shifty handling and versatile offensive game make him a nightmare for defenders. Now imagine taking a league’s most skilled player and pairing him with the most hard working player in the league; you may envision a duo like Michael Jordan and Scottie Pippen.

This is exactly what The Temptations did when they acquired Melquan Horton from Stranger Danger. Horton has been a man on a mission with something to prove night-in and night-out. He was absolutely lights-out in their win against Team Moose in the Quarterfinals after they steam-rolled Blood, Sweat and Beers in the First Round.

Horton shot an efficient 78.6 percent and 3-for-3 from beyond the arc. His defense will be crucial next week if they want to win. A candidate for Defensive Player of the Year, Horton leads the league with 17 blocks.

Sticking with the theme of proving themselves to be elite, a new team in the league with some new faces are keeping pace with the Legacy  Leagues’ finest. The third-seeded Chasers have come into the league on fire and brought with them some dominant players.

Jerry and Diontay Washington, along with their teammates, have showed what a scoring barrage looks like leading the league with 1001 total points scored on the season. The Washington brothers combined to score a little over one-third of their team’s points this season. The Chasers however have one loss, and it is to the same team they face in this week’s Semifinal game.

With the Semifinals set, all four teams have a new opportunity to prove why they are the best in their quest for the title. The playoffs are win or go home, and no matter how good the teams are, somebody has to lose. Who will survive and advance?