Winless no more: Above the Rim defeats J’s, Treys & Fadeaways 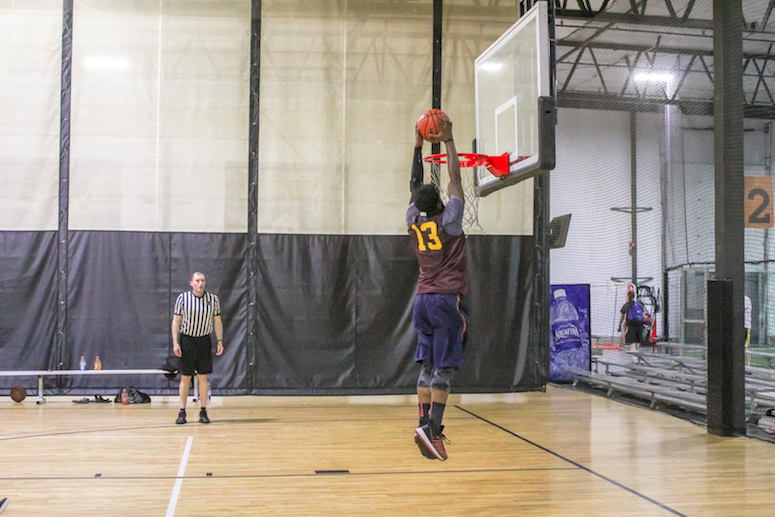 It’s official. There will be no winless team this season in The Legacy Leagues Connecticut.

Above the Rim (1-6) captured their first victory of the season over Js Treys & Fadeaways (2-5) by a score of 68-52 on Monday night in Trumbull, Connecticut. Although it wasn’t all that pretty and it took a big fourth quarter push to reach that elusive ‘W,’ Above the Rim is surely happy with the game’s end result.

“I’m going, to be honest with you, it was about time,” Above the Rim’s Eddie Caesar said. “You know, we work hard, we play hard, it’s our first year… It feels good.”

While Joe Nemchek’s ability to finish at the hoop and above the arc led Js, Treys & Fadeaways to a hot start in the first quarter, the rest of his team wasn’t able to carry their weight as the game progressed. Most notably, Eddie Giovanni just didn’t look like himself tonight as he finished with only 10 points on 3-for-10 shooting from the field.

But it wasn’t just a bad night from Js, Treys & Fadeaways, this was the most cohesive effort we’ve seen from Above the Rim up to this point of the season.

It wasn’t just one of Eric Windley, Percel Boyd and Caesar shining as an individual, rather all three of them did there part. Windley was strong in the paint, Boyd eventually started to hit his three-pointers, Caesar did a bit of everything and the team’s depth was finally helpful as well.

“Some of my guys ain’t never played a day of (sic) recreational basketball a day in their life, maybe in the backyard,” Caesar added. “Other than that, they’re really just out here for cardio… So, it feels good.”

A pair of authoritative dunks from Windley late in the game, capped off a fourth quarter in which Above the Rim outscored their opponents by 12 points and finally closed off a game successfully.

Next week, however, Above the Rim will have its hands full as they take on Nothing Easy (3-4) who are coming off of a two-game win streak. On the other side, Js, Treys & Fadeaways look to rebound from a disappointing effort when they play a hot Run TMC in Week 8.