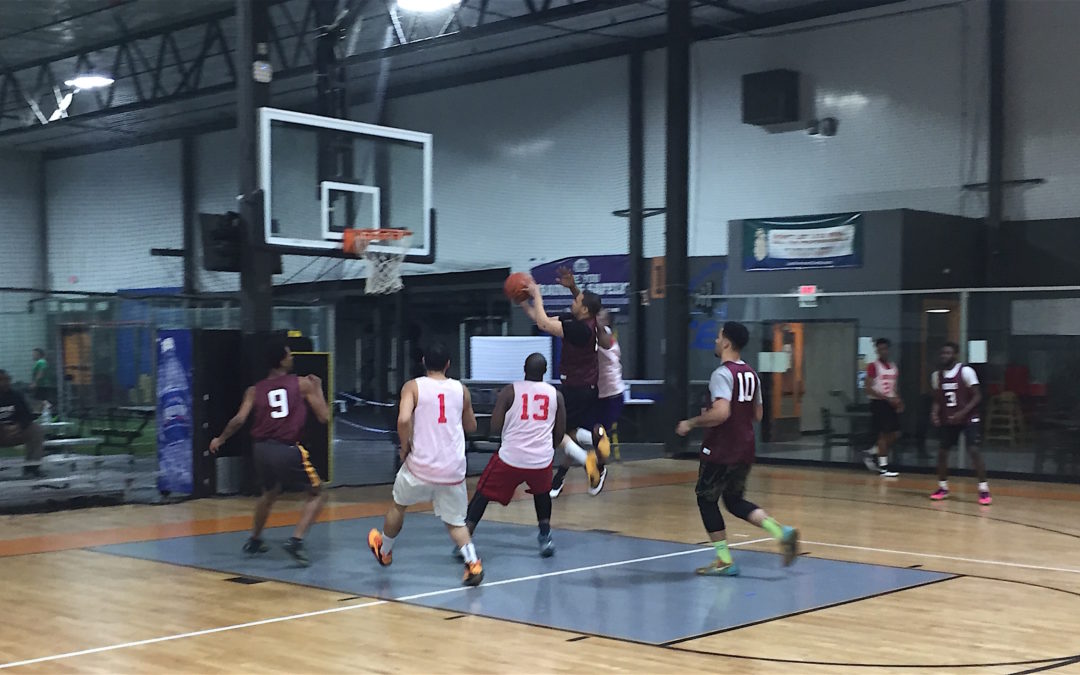 This week’s previews are presented by: Napa Auto Parts of Stratford

Weekly Rebound Podcast, Season 2 Episode 9 – Playoff Scenario Previews: Sam is on Spring Break so Legacy Leagues Commissioner Joey Zocco joins Joe for a recap of the shortened Week 8 (1:13), Week 9 Picks (15:54), a conversation about “either or” games (26:51) and a breakdown of potential playoff seeding scenarios (40:27).

The Monstars are coming off a bit of a shocking defeat last week against The Rookies, while Red-emption’s Week 8 was cancelled. They are coming off a blow-out win over Light It Up, with only five players in Week 7. This should be one of the more closely contested games of Week 9, and we should see a great guard battle between Reggie Stewart and Jalen Graham.

White Magic had their two-game winning streak snapped in blow-out fashion by the Cereal Killers last week. The Renegades had the week off in Week 8, but are looking to continue their momentum from their Week 7 win over The Rookies. Look to see a lot of potential All-Star Ty Reed in this game for the Renegades and plenty of three-point shots from White Magic.

A matchup of two teams that both played their respective games in the shortened Week 8; the Avengers pulled off an upset victory over The Firm, while The Rookies had their own upset victory over the Monstars. The dynamic duo matchups of Jhamal Jones and Jaylon Smalls for The Rookies vs Zach Shapiro and Derrick Davis for the Avengers will be at the center of what to watch for in this game.

Both teams come into this game looking to rebound from poor performances in their last game. Light It Up was blown out Week 8 by the league’s top team, No Limit, and The Firm lost last week to the Avengers in a game where they did not take care of the ball. Both teams will need to control the tempo and possession of the ball to win. This game has bigger implications for The Firm as they try to get into a top six seed in the playoffs.

Players to Watch: Devin Luzietti (Light It Up), Larry Littles (The Firm)

In a game with heavy playoff implications, Goon Squad comes in looking to bounce back from their last loss to Lob 203, while No Limit looks to continue their momentum in their recent win over Light It Up. If No Limit wins they get a step closer to their desired no. 1 overall seed for the playoffs. Goon Squad needs a win if they want to get in the top six seeds for the playoffs. Look to see a great matchup of stars with Goon Squad’s Matt Marconi vs Tarell Vargas for No Limit.

In the game with probably the most playoff implications, two teams with identical records hit the floor as both teams are looking to take command in the standings before the playoffs. The Temptations are looking to rebound from their Week 7 loss to the Monstars, while Run TMC is looking to build on their Week 7 momentum by beating Stranger Danger. The inside-outside matchup in this game of Carmine Santorelli vs Will Hudson should be very interesting to keep an eye on.

In a battle of two surprising one-win teams, Lob 203 looks to continue their momentum after their first win in Week 7 over Goon Squad, while Sportslook will look to rebound from their Week 7 loss to White Magic. Two potential All-Stars also do battle this game as Lob 203’s Andrew Martino faces off against Sportslook’s Tyrell Holmes.