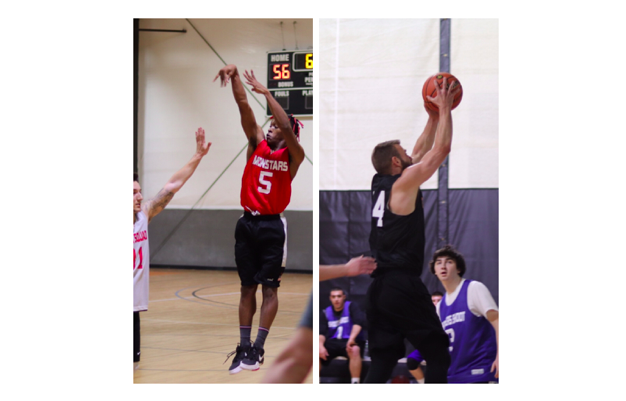 Team Moose nearly doubled up Shooters Shoot in their Week 1 matchup. Since then, both teams have improved and are now more comfortable playing together. Team Moose is one of the best defensive teams in this league but are playing a Shooters Shoot offense that relies on the long ball and difficult shots. Shooters Shoot’s only win this season is against a winless Semi Pro team. Look for Team Moose to shut down Shooters Shoot and move on to the quarterfinals.

The Temptations are hot as they are on a three-game winning streak. Their high powered offense has proven they are prepared to matchup against any team in the playoffs. In Week 9, they defeated the Flint Tropics, even with a severe lack of numbers and depth. BS&B is a team that lacks size and offensive talent. Expect the Temptations to steamroll BS&B to move on to the next round of the playoffs.

The Monstars are on a four-game losing streak since their loss against undefeated No Limit in Week 6. Even though the Monstars are struggling at the wrong time of the season, I expect them to come out hungry for a crucial win. If Kintown Miles is healthy and back for the playoffs, they will advance past a Goon Squad team who has looked more sluggish then they have in the past. On the other hand, Goon Squad has looked impressive as of late and could play spoiler over the defending champs.