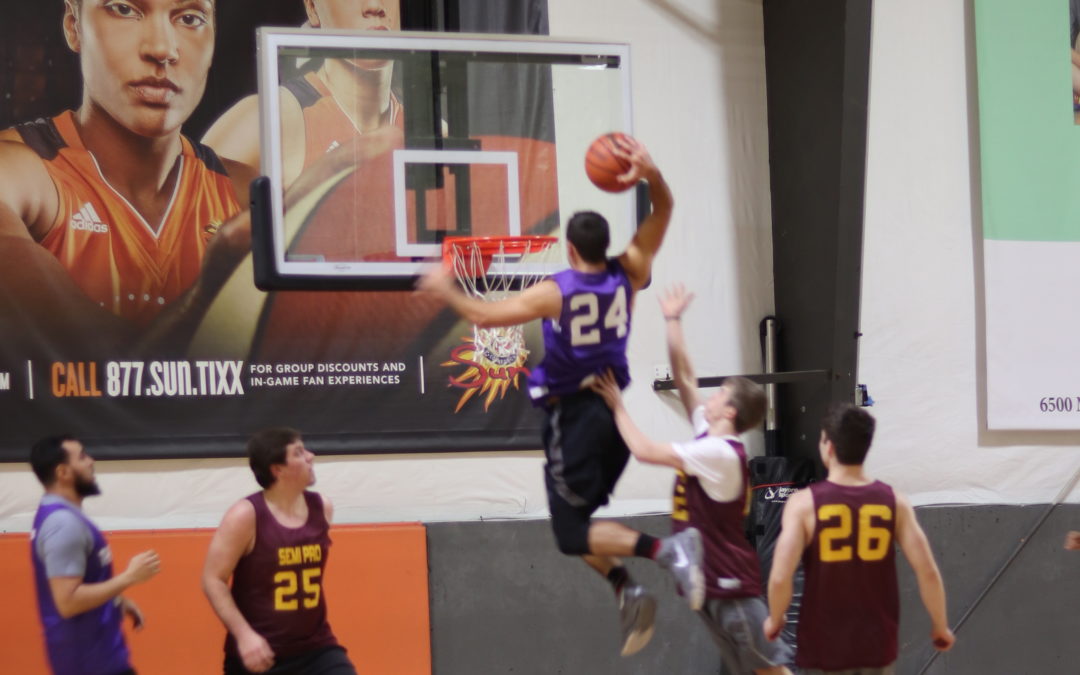 One of the Legacy Leagues’ most polarizing players a season ago looked to pick up where he left off after his unfortunate season-ending ankle injury. Joe Baccielo, a Stratford, Connecticut native, put up a barrage of points and locked down his matchup leading his team to an easy victory. Although basketball has been apart of his life since childhood, it was another sport that propelled him to stardom.

The Legacy Leagues followers know Baccielo to be one of the anchors on both sides of the ball for The Throne. He brings a fierce winning attitude to every game, a lot like in his younger days when he dribbled the ball with his feet instead of his hands.

Before making defenders look bad on the hardwood, Baccielo was a standout forward on the soccer field. He was an electric talent that was in many ways leagues ahead of his competition. He dedicated himself to the game, and loved the game with the same intensity, eventually earning a spot on the Post University soccer club following high school.

His big body and physicality made him an early threat in the Central Athletic Conference. He continued to excel in the years to follow, putting everyone on notice. By the end of his senior year at Post University he managed an All-American selection and some professional offers.

He chose to accept one of his professional offers, moving far from his suburb in Stratford to play in sunny California, enjoying a stint with the Orange County Blues. Now that the 26 year old Baccielo is done playing, he still remains close to the game imparting his knowledge and wisdom to younger kids through coaching.

Baccielo seems to eat, think, and breathe the game of soccer, but on the days he puts on his Throne jersey he gives the same effort he once gave to a sport that will forever be a part of his life. So when thinking about who is one of the most tenacious players in the Legacy Leagues, you have to mention Joe Baccielo.  His 51 points and 7 steals is the reason why he is this week’s standout.

When I asked Baccielo where basketball compares in relation to soccer he said, “I did not play very often during my soccer career, but since that is over I play [basket]ball a lot. I play because I love to compete and I love competition.”