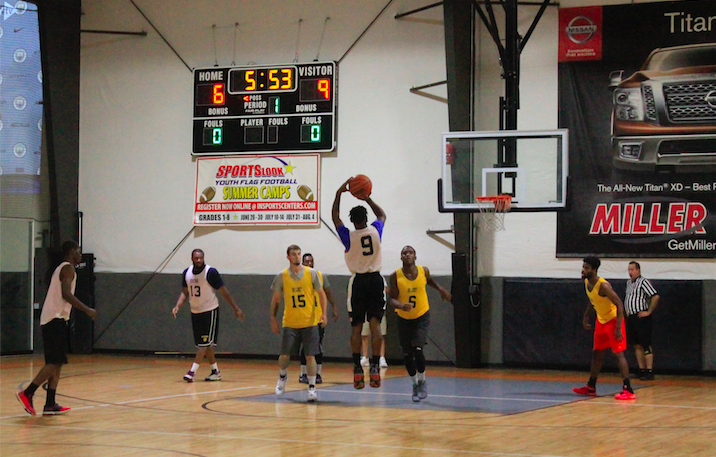 The Weekly Rebound Podcast (CT): Greg Horne and Connor Sauer break down Week 5, make their picks for all the Week 6 games and tell you who their “Surprise on the Rise” is for this week.

No Limit cruised past Stranger Danger last week, while the Monstars squeaked one out against Shooters Shoot. We are given a treat Monday night in the form of the rematch of the Summer ’17 Championships in which the Monstars handled No Limit by twenty-plus. Though No Limit’s offense this winter is way too hot to be shut down, I do think this game will be much closer in score compared to some of the other games these teams have played this season.

Both of these teams have yet to win a game this season, but one of them will get their first win on Monday night. While this should be a close game, Shooters Shoot have been able to stay competitive in games, only losing to the Monstars last week by eight points. If they can play like they did against the Monstars, I think this is the week they get that first win.

Though the Goon Squad only has one win on the season, they are a better team than their record shows. A favorable matchup should lend the Goon Squad a paved road to victory if they can execute. Semi Pro has yet to win a game and I don’t believe they will be getting one this week either.

This will be a huge game for both teams this week. The Temptations have Carmine Santorelli back in the lineup, which is a massive relief for their offense. Mike Davis has been unstoppable for the Blue Devils, scoring 14 points in the second quarter in their win over Team Moose last week. As both offenses are hot, it will be up to each team’s defenses to get them the win this week.

Team Moose had their best game of the season in a loss to the Blue Devils last week. They are one of the few teams in the league that actually plays defense. The Throne has been struggling to get in their groove while they move on from their loss of Joe Bacciello. Though Jason Hernandez has taken over the team, they need to get their entire unit on the same page and work together to close out games.

The Flint Tropics have proven that they are an elite team in the league. A much more physical team, they should be able to take care of Stranger Danger with no problem. Flint poses a serious threat as we look towards the playoff picture. Stranger Danger will look to clean things up defensively after giving up a season-high 124 points to No Limit last week.