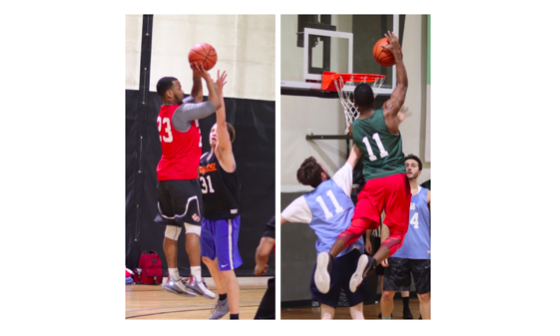 The Weekly Rebound Podcast (CT): Connor Sauer and Greg Horne break down Week 8 of the Connecticut Winter 18 season, pick each Week 9 game and run through the potential playoff scenarios for each team. Then the guys bring on special guest and former intern and analyst Daquan Stuckey.

The Blue Devils haven’t lost since Week 1 against No Limit and are looking for that first round bye to start the playoffs. They could help their cause with a win this week against the Rim Breakers. Rim Breakers have gotten back on track in the past two weeks with wins and look to make some noise with a regular season win against a true contender. Look for this one to be tight as both teams are battling for playoff positioning.

The Flint Tropics have been streaky at times and are looking to be more consistent as they finish up the regular season. They shoot well from beyond the arc and usually out rebound teams, but have a tough time closing out close games. Temptations have the same dilemma as Flint, as they’re inconsistent at closing out games, but both have enough talent and firepower to make a run towards the championship. The final score of this game will be close and whoever wins will have a morale boosting win headed into the postseason.

Fresh off their first win of the season against Semi Pro, Shooters Shoot look to keep the good times rolling against a somewhat disappointing Goon Squad team. Goon Squad aren’t the same as they once were in previous Legacy Leagues seasons. They don’t play a flashy style of basketball, but instead take high percentage shots. This game will feature little to no defense, but offense that features teams that could really shoot the basketball.

Getting hot at the right time, Team Moose looks to get six wins on the season against an opponent that they should beat. They take good shots and play aggressive defense, as getting to the free throw line and playing hard near the rim is their game. Blood, Sweat and Beers are always vocal on the court and on the bench to motivate their teammates. It hasn’t worked so well this season with only two wins, but they are playing for pride in the upcoming playoffs to earn respect going into next season. Look for this game to be all Team Moose.

The defending champs have been a surprise sitting at 4-4 going into the final week of the regular season. I wouldn’t rule them out to have a serious push come playoff time, however. The Monstars have been there before and knows what it takes to win. The Chasers are one of the quickest teams in the league and are also looking at a first round bye. If both of these teams are hot in this one, expect a high scoring contest that will come down to who could make the last play to put their team over the edge.

The favorites and lone undefeated team still standing will look to cap off a perfect regular season, which I believe they will. With their most talented roster to date, No Limit seems like it is their championship to lose. The Throne space the floor and play good defense, but No Limit will pull away in the second half if they play how they have been playing all season. I expect the final score to not be close and No Limit to be undefeated with the number one seed.

In a last effort to pick up a win in the regular season, Semi Pro gets a matchup with a Stranger Danger team that has been struggling as of late. This will be a game in which whoever gets to 50 points first will win. Expect little to no defense and both teams trying to outshoot the other. In the end, I believe Stranger Danger will come out on top by a wide margin. This will feature both squads playing for pride on Tuesday night.