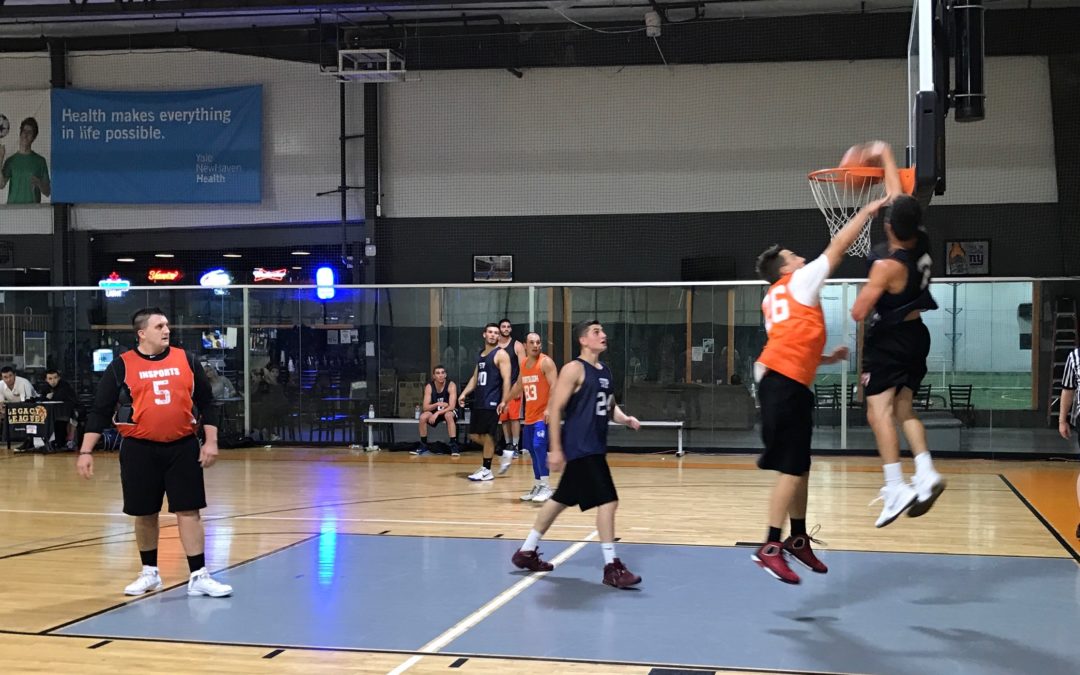 The birthday boy gave himself a present by going off for 24 points as STP bounced Sportslook from the playoffs to advance to the Quarterfinals with an 80-75 win. This time, it was STP who was shorthanded, playing without their only All-Star in Mike Slattery.

“It was a big loss to not have [Slattery],” Salvator said. “But we play well when we need guys to step up.”

After blowing out Sportslook by over 50 points in the regular season finale, STP faced a Sportslook team at full strength in the Second Round of the playoffs, but the result was the same. Sportslook was favored coming into the rematch with all of their resources at their disposal, but Salvator and STP set the tone early.

Salvator scored or assisted on five of STP’s first six baskets to help STP jump out to an early 10-point lead. Sportslook started off cold from the floor before Bryan Acevedo led a three-point barrage in the second quarter, helping Sportslook rattle off a 13-0 run to get right back in the game. Acevedo, after being ejected in the regular season finale, finished with a game-high 34 points on 50 percent shooting.

Salvator and Joe Capodaggle helped STP maintain a slim lead through most of the second half, as Capoddagle finished with 25 points and 12 rebounds to help STP dominate the offensive boards, as Sportslook missed numerous opportunities to grab the lead thanks to Capoddagle pouring in second chance points.

Sportslook eventually grabbed the lead for the first time in the game with just over four minutes remaining in the fourth quarter, as Tyrell Wright drained back-to-back threes to give Sportslook some late momentum. However, the energy would be snatched right back by STP as Salvator drained a three on the other end to put an exclamation point on his birthday, and put a bow on a playoff win, despite being heavily expected to lose. That narrative likely won’t change with The Monstars on deck.

“That’s a big team,” Salvator said about their next opponent. “Hopefully we have [Slattery] back.”