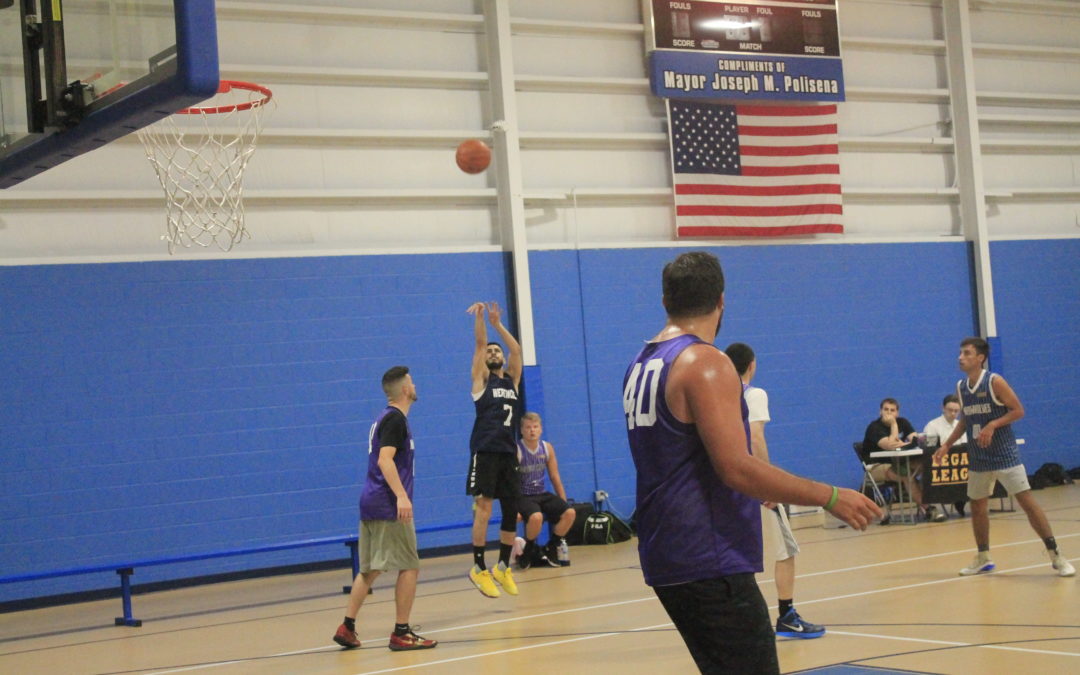 As the regular season winds down, Week 7 turned into a real nail-biter between old-time rivals the Werewolves and the Halfway Crooks. Coming down to the final minutes, the Werewolves were able to prevail in the fourth quarter, putting up 28 points in the last 10 minutes.

“We just tried to make him work as much as he could, we tried to stay up so he was forced to stay down low and it eventually started to work,” Forte said. “He started missing stuff, settling for threes, settling for shots further out than usual, and it ended up coming out in our favor.”

Forte himself also made his own personal contributions in the Werewolves’ victory putting up 11 points, trailing their leading team scorer Brian Heston who had 19, and new addition, Bryan Yarce with 13. Due to an unfortunate injury in the game, the Halfway Crooks were down a man helping the Werewolves use their substitutes to their advantage.

“Something big for us was finally having a full roster, with our new addition of Bryan Yarce,” Forte said. “It really brings us a lot of depth and now we’ve got another shooter and passer who’s good on both offense and defense. Earlier this season, we were really looking for someone of that caliber, so I think we’ve made out pretty well.”

Though a nail-biter, the Werewolves have appeared to finally have the last few pieces of the puzzle together, something to watch out for entering the last two weeks of the season.