Young Kings demolish Above the Rim in 39-point victory 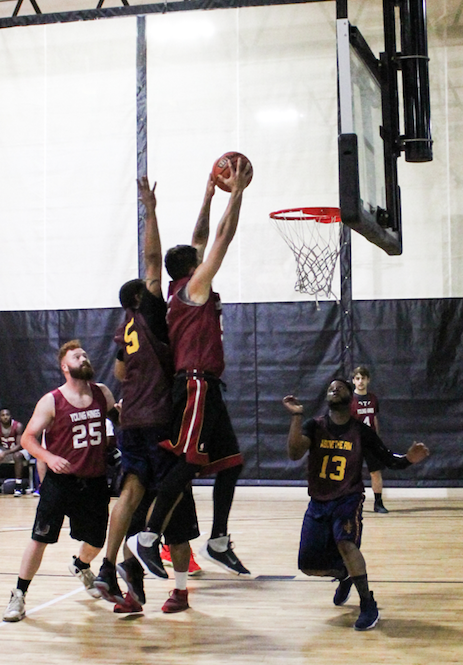 The Young Kings and Above The Rim tipped off the sixth season of Legacy Leagues at Insports Center Monday night. Both teams looked to start the season on a positive note, making for what one would think to be an even matchup to kick things off.But it was the Young Kings that disproved that theory, crushing Above the Rim by the largest margin of the week, 75-36.

It was a five-point game after the first 10 minutes, but then the Young Kings caught fire, and quickly. They outscored Above the Rim 60-26 over the next three quarters en route to their large 39-point victory. Eddie Whitman led the way with 21 points while shooting 7-of-12 from downtown. Myles Raymond and Dontate Abbate combined for 27 points to complement their leading scorer.

“Shooters are gonna shoot and we got about three of them,” Young Kings’ Ryan Ahern said. “We even have other guys working on their shot so we’re looking good from deep. That’s all I have to say.”

Ahern added his team was in better shape than their opponent and far more conditioned for the first week of the season. Above the Rim didn’t have anyone score more than 10 points, shooting 22.2 percent as a team. They shot an atrocious 3-for26 (11.5 percent) from beyond the arc, not finding any means of productive scoring. With 10 caused turnovers and seven steals, the Young Kings seemed to win every 50-50 ball.

“We were just hustling,” Ahern added. “They weren’t.”

The Young Kings look to carry that aggressive play style next Monday in Trumbull against Shocker City (1-0), while Above the Rim will look for its first win against Head Hunchos (0-1).