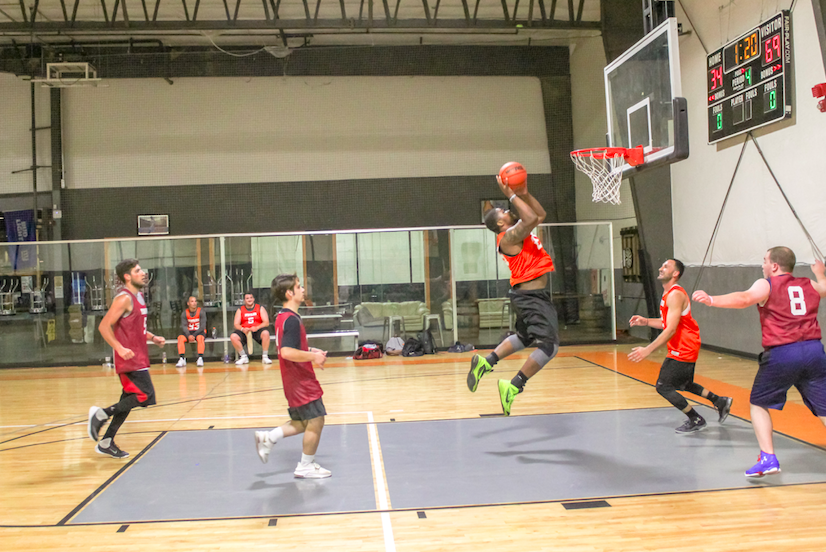 The Week 4 Game of the Week between Sportslook and Young Kings featured two teams looking to get to the .500 mark. Sportslook dominated the Young Kings in a 73-34 Week 4 victory.

Sportslook continues to play good basketball, making this the second week in a row they have completely outplayed their opponent. John Zervos continues his excellent play, as he scored 23 points and grabbed 12 rebounds, tallying his second double-double of the season.

Zervos’ teammate Dan Kokkoros also continues to generate offense for Sportslook as he put up a double-double of his own with 23 points and had 12 rebounds. A major part of the victories the past two weeks was the depth the team finally had present at the games. In the first two weeks of the season, Sportslook had only four players and no bench.

Ever since the reinforcments came in and they had fresh legs off the bench they looked like a completely different team, dominating back-to-back games. With players rotating in and out, keeping players fresh, Sportslook’s defense has seemed rejuvenated.

Sportslook held the Young Kings to only 34 points and 22 percent shooting from the field. Matt Ramos and Nick Bacarella lead the way on the defensive end recording three steals a piece.

“We were just hustling,” Nick Bacarella said. “We heard they had some good three-point shooters so we wanted to stay on the hip and not let them get any easy shots.”

The Young Kings had a real difficult time putting the ball in the basket, as they shot less than 25 percent from the floor and 16 percent from downtown. Eddie Whitman and Myles Raymond hope to lead the troops to a bounce-back victory next week as they take on the 1-3 J’s Treys & Fadeaways.

Sportslook will try to continue riding the wave of momentum they are on as they take on Above The Rim in Week 4. Sportslook feels as if they can compete with the leagues’ best if they have their full squad out there.

“Having six guys has been really nice,” Bacarella said. “You know how it is when you’re running up and down the court, you need a couple subs, you need fresh legs.”