Young Kings use huge second half to knock off Head Hunchos 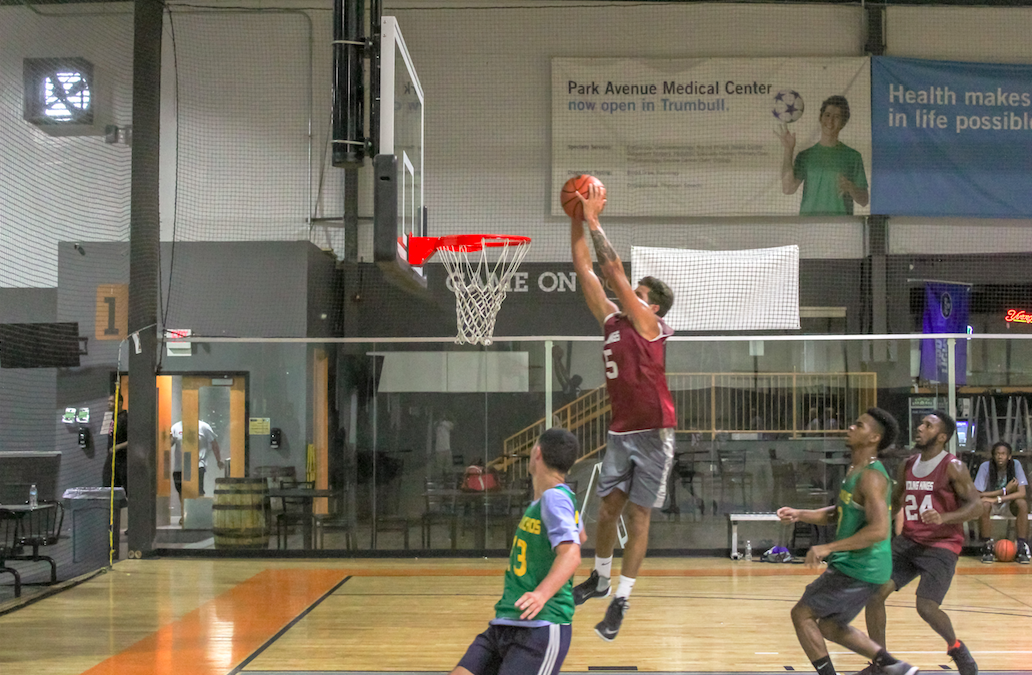 ln a matchup that was very fun to watch, the Young Kings completed their comeback and defeated the Head Hunchos 80-75. After trailing for the majority of the game, the Young Kings went on a 23-3 run in the third and fourth quarters that lead the way to a much needed victory.

The Young Kings struggled as a team in the first half and certainly did not play up to the level they expect of themselves. We saw them completely flip the scrip in the second half as they outscored the Head Hunchos 46-30 after halftime.

Usual suspects Eddie Whitman and Myles Raymond combined for 42 points, however there was a third option for the offense in this one. Marquis Davis made his season debut for the Young Kings, who certainly needed depth. Davis made his presence felt immediately.

Davis contributed 21 points and eight rebounds in his impressive debut. When going on such a big run you need to have everyone moving the ball and that is exactly what happened for the Young Kings.

“We knew we weren’t moving the ball enough,” Eddie Whitman said. “So we tried to move the ball to create driving lanes.”

Despite the loss, Danny Bartoli had 29 points points including six three pointers. The Head Hunchos will look to try work their way up in the standings next week in a matchup with Dinners Served (1-5).

The Young Kings really proved how resilient they are after this come-from-behind victory. They hope to continue to ride this momentum when they take on a 4-2 Nickstrong team in Week 7. If the defense and tenacity is there, the Young Kings feel confident in their squad.

“We know our offense is going to be fine, so defense is our big focus.” Whitman said.