ZewCrew misses the Mark against the Pandas 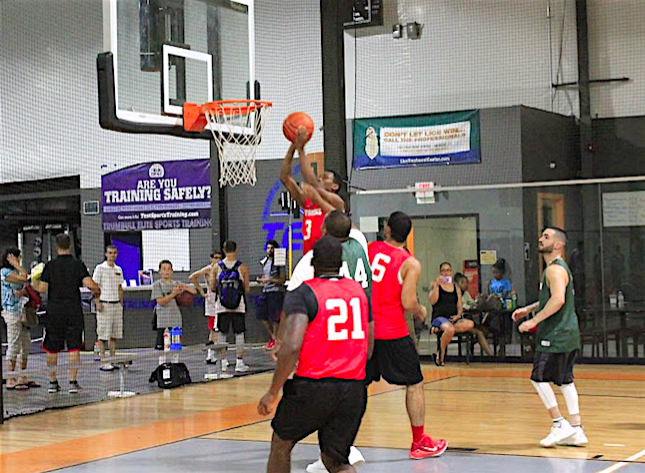 ZewCrew entered Week 7 with a chance to slide into a second-place slot by defeating the Pandas. Yet, the team moved closer to the middle of the Legacy League pack on Tuesday night.

ZewCrew fell at the hands of the Pandas, 51-45, and is now two games behind both Blood, Sweat and Beers and Sportslook for second place in the league standings.

“We played well as a team, but offensively, we just weren’t there,” Ty Alston, who finished with 18 points on 7-for-28 shooting from the field, said. “We missed a lot of shots.”

While the Pandas could not assemble a full squad once again, ZewCrew played without Mark Harrison, the team’s leading scorer at 17.5 points per game, for the first time this season.

“They outran us a little bit,” Alston said. “We were a little shorthanded this week, but it is what it is. We played team ball, and they took the win.”

ZewCrew (4-3) entered the halftime break with a 27-23 lead. Yet, after a bucket from David Woolfork, the Pandas took over the rest of the third quarter.

Brandon Blackwell started the run for the Pandas (3-4) with a bucket off a pass from Chris Dias, who gave his team the lead with a field goal of his own a minute and a half later. Jelan Mason capped off the 15-1 run by sinking a shot which gave the Pandas a 41-32 lead going into the final quarter.

Mason, who entered the matchup averaging 24 points per game, scored just 12 points on Tuesday after missing three of the last four games. Although he finished a rebound shy of a double-double, he admits that his absence led him to be rusty.

“I’ve been off a little bit. I’m working, so I haven’t been here,” Mason said. “The shots haven’t dropped in.”

ZewCrew closed into within three points with just under three minutes to play. However, the Pandas were able to close the door. Dre Joyner and Dias hit shots on back-to-back possessions to make it a 48-41 game with a minute left. Dias hit three free throws down the stretch to reach a game-high 22 points on the night.

Despite the juggernaut in his team’s way, Alston says he will take things on a week-by-week basis.

“I don’t really care who we play next week. I’m not even looking to next week,” Alston said. “When it comes, it comes. We’ll bring it.”